THE END OF THE WORLD 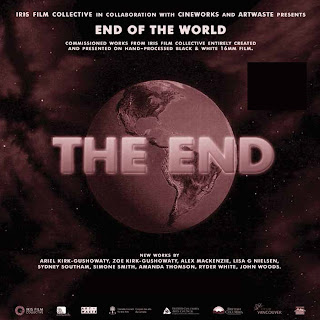 Presented with the task of making a film about the End of the World using a limited supply of black and white print stock: the sea level rises, the magnetic poles switch, we face the mortality of ourselves and those we love, and question ideas of identity, representation and time itself. This diverse program confronts both the limits of our technical capacity as creators and the collective imagination. 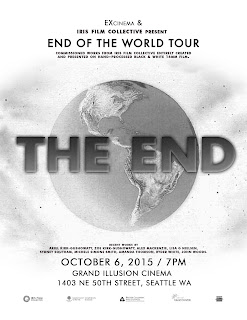 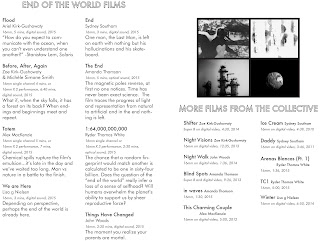