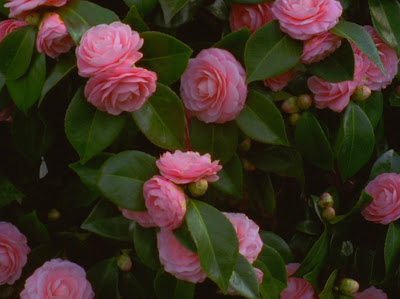 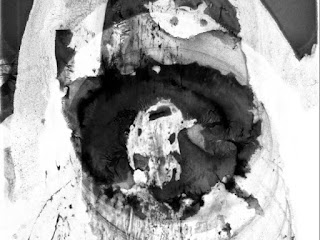 On December 12th we present a special 16mm screening of Potamkin by Toronto filmmaker Stephen Broomer.

In 1933, at age 33, Harry Alan Potamkin died of complications related to starvation, at a time when he was one of the world's most respected film critics. In his writings, he advocated for a cinema that would simultaneously embrace the fractures and polyphony of modern life and the equitable social vision of left radical politics. This film-biography is assembled out of distorted fragments of films on which he had written, an impression of erupting consciousness.
At the Odessa steps, trampling gives breath to the child. The bullet miraculously reforms the face. The Cossacks march backwards, retreating unseen into their nothing, the unfired rounds of their rifles restored to their menacing potential. Feet tread backward up the steps as the steps themselves collapse in splintering emulsion. The carriage is set upright.

By Ivonne Sheen
Experimental cinema inquires about the spirit of cinema itself. Its research spreads out through the experimentation with the medium and the language. The common sense that cinema art has built of itself, losses sustainability and it dilutes before its poetic force. Avant-garde cinema form emerges as an anti-establishment reply to hegemony, in the Film Industry field and in the social sphere. From the foundation of surrealism, to the New York underground cinema, experimental filmmaking context has always been a platform for new radical ideas which challenge spectators and artists.
This way of creation with the cinematographic image, relates to a personal creative process of an author-artist who works with the film medium material. Nowadays, experimental filmmaking has developed organically, with the sprout of an immense diversity of filmmakers who mostly unfold their work as individual legacies that dialogue in between them. They appeal the kinesthetic experience of cinema from its poetic essence.
Among young artists of experimental filmmaking, Stephen Broomer (1984) stands out. He was born and grew up in Canada, where he was influenced by the avant-garde cinema since early age. He studied Film, and he works as a filmmaker and film preservationist. His concerned about film archive is reflected in his work, in which is shown a thorough work with the images, that also dialogues with its historical value.
Potamkin is introduced as a biographical film of the deceased film critic, Harry Alan Potamkin, who believed in the force of the film structure analogue to the marxist dialectical ideology. Potamkin’s writings were conceived as essays about cinema language evolution as a semantic structure, but also about the poetry within it. The intense passion of Potamkin’s beliefs about cinema and communism, are condensed in its poetry.
Broomer gets inspired by Potamkin’s passion to reinterpret fragments of films that the russian critic valued as examples of the becoming of film as an engaged art form. Along Potamkin (Canadá, 2017), we are faced to the disintegration and superposition of distressed scenes of The Battleship Potemkin (Sergei Eisenstein, 1927), Jeanne of Arc (Theodor Dreyer, 1928), and Metropolis (Fritz Lang, 1927). In an interview, Stephen Broomer tells that he worked with a found-footage, that he got by reshooting VHS copies in 16 mm. This method let him focus in particular scenes that he considered that evoke the suffering and sacrifice of Potamkin’s life. But also, let him start with the format he used to watch and re-watch those films when he was younger. A way of working with found footage that begins in the personal memory that one has of those images.
The quest of a spectral spirit that destroyed spaces and dead people leave in this world, is a motive in some of Broomer’s work. In films like Christ Church – Saint James (Canadá, 2011), and Brébeuf (Canadá, 2012), the author reinterprets the history of those places and approaches to pass through them with the cinematic image. We can see superpositions, also used in Potamkin, that evoke an inner life in those places, a interstice between the present and the past, an intermediate space that is multiplied and fragmented. Broomer goes further than the tacit cinema capacity of apprehending a temporality in a new one. He interprets the past from the trace it has left in the present. In Potamkin’s case, his trace can be reached in his poetry and texts of film criticism. Nevertheless, Broomer -with tremendous sensitivity- achieves to build a new audiovisual poem that takes us closer to Potamkin’s spirit, from cinema. Also, lets us think about a social engaged film culture, that sets the film critic as an intermediary between the films and the public. A kind of film criticism that reaches a dialogue with cinema itself, in a way that it is transformed and affected by the ideas it evokes to other, at the same time that the critic gets affected too, in an essential level.
The physical interpretation of Potamkin’s spirit is visualized by a disintegrated, contrasted, and superimposed filmic material. The scenes repeated along the film, are near-death climax scenes. Scenes of an essential suffering caused by the unavoidable death. A metaphor of Potamkin itself, from the mutable and organic vitality of the filmic medium. Broomer amalgamates different scenes, with the superimposition method, to give more intensity and condensation to the sentiment that Potamkin embraced about those films. His spirit pass through them and unified them. The film starts with one of his verses: “Sooner or later all delicate things. Are butterflies with severed wings”. A poetic image that portrays him and his world view, with a tragic destiny, such as the characters resurrected by Broomer, but with the persistence of their unavoidable death. All of them, including Potamkin, were victims of a mechanism that oppresses all kind of social transformation and social justice.
In Potamkin, a mass of spectators react and turn their heads from side to side. They appear as a reminder of the past of those images we are watching and of their purpose. Thinking of film as a device of social change, set questions about the rol of the spectators, the filmmakers and the film critics. Film is an art form that erased the boundaries to its access, thats why its ideological potential made of it a dangerous weapon of domination. Nevertheless, during the years of Harry Potamkin’s life, cinema got involved with the revolutionary causes lived in Russia before World War II. He took part of it with his writings, that worked as intermediary between spectators and the movies, based in his marxists beliefs. But the value of Potamkin’s legacy -even though his life was short- lives in his poetic approach to cinema and social change. He was a person who lived intensely, praising every sentimentalism with the conviction of a better world. In that way, Broomer achieve a portrait of the deceased critic, free of the sense of an exclusively historical archive, to become into the new intermediary -closer to a medium- between us and Harry Alan Potamkin’s spirit, in a cinematic rite of invocation. 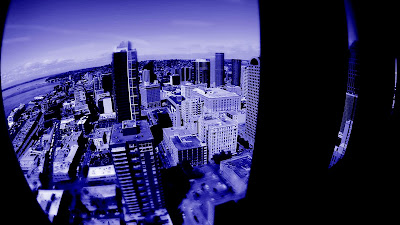 This is a film I made in the spring of 2014. at the time I decided not to try and release the film and it ended up in the vault. It was'nt untill , 2016 that I was convienced to try and have at least one public screening.I felt that the 76min running time to was far to long to try and get it in to festivals and things, so the film just ended not ever being seen .

The good people at EXcinema have invited me to screen this odity of my film career for you.

This could be the only public screening of this work

ALERNATIVE VIEWS:
This film is made from one single 10 min piece of film shot from the 32 floor of the Russle Investment Building in Seattle Washington. I cut the section of film together 8 times with each section being given a different treatment. Each section of film represents a different view. This film can also be viewed as an installation

Jon Behrens :
is a Seattle based filmmaker/composer. His films have been screened at film festivals, colleges and museums through out the world since the early 1980’s including screenings at Antimatter Film Festival Canada, Seattle International Film Festival, TIE Film Festival Colorado, London Underground Film Festival, Crossroads Film Festival San Francisco,
Festival International des Cinemas Differents et Experimentaux in Paris, Alternative Film and Video festival in Novi Beograd Serbia, Sydney Underground Film Festival, Festival des Cinémas Différents de Paris and many many others. His work ranges from personal film diary’s to abstract hand painted optically printed works. In addition to filmmaking Jon Behrens is also a composer and has created sound designs for most of his own films starting about 10 years ago, as well as non film related compositions.
canyoncinema.com 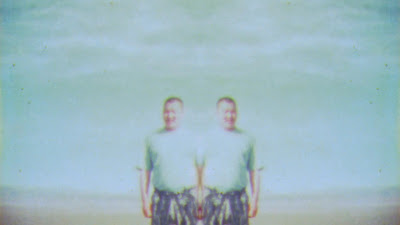 Posted by Salise Hughes at 12:37 PM No comments: 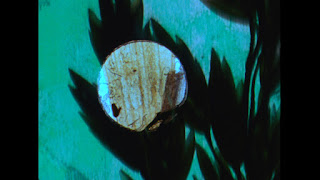 
Posted by Salise Hughes at 8:54 PM No comments: 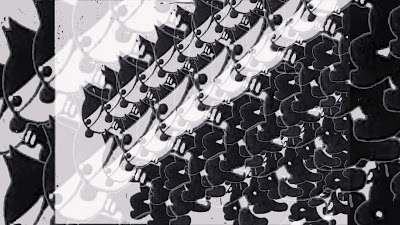 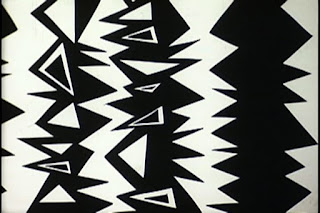 Beginning with the basics of the frame and the photographic principles allowing for multiple images to exist upon a singular plane, Portland filmmaker Ben Popp has set a course of exploration through the many realms of cinematic possibilities. The films presented will race between the different forms of construction by which Ben has chosen to tell a particular tale and sometimes that tale is one of the medium itself.

Ben was was a member of the Portland experimental group Grand Detour, co-founder of the experimental film festival EFF Portland, and currently Filmmaker Services Manager for Northwest Film Center. His films have travel the world including a retrospective at 2014 MUMIA International Festival of Underground Animation in Brazil. The films will span the last ten years. 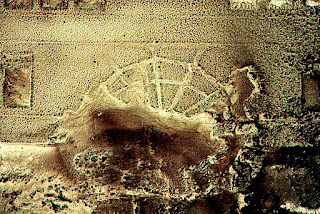 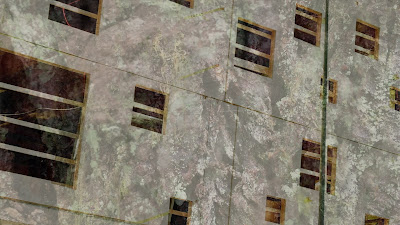 Posted by Salise Hughes at 11:40 AM No comments: 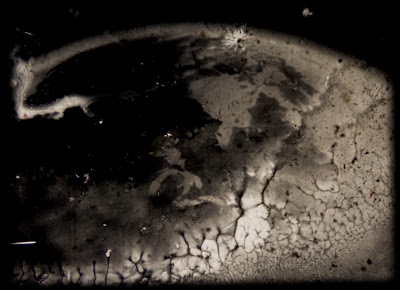 Inspired by early stereo imaging and the clash and collusion of socioeconomic forces, this work seeks to dismantle cinematic codes while foregrounding projector and light as sculpture: a conscious corruption of and interference with the apparatus to evoke the unexpected, reshaping representation into the realm of material and space. Using colour gels, masking, lens interference and projector movement in tandem with an exploration of binocular disparity, perspective, patterning and the film surface itself, APPARITIONS explores the transitional space between image and abstraction, nature and culture.
"MacKenzie is a key player in the revival of expanded cinema forms...his projects stretch the possibilities of the analogue form, manipulating images to beyond our received expectations." Chris Kennedy, Early Monthly Film Segments.