The Aboriginal Archive: Representations of Native Americans in film 1965-1985. 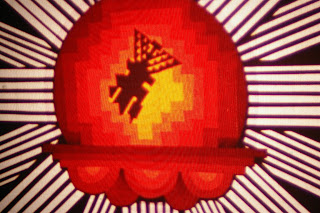 A program of documentary, animation, and educational films spanning three decades that portray the past, present, and future of Aboriginal Peoples around the world. These films, all produced by U.S. production companies primarily for the educational market, begin to reflect the shifting attitudes among Americans regarding the history of colonization in the Americas. As the Vietnam War was raging in Southeast Asia, many Americans were beginning to question their own past as colonizers, and these films reflect a shifting attitude towards indigenous peoples not only in the United States, but around the world. And while these films represent a shift in the dominant portrayals of Native Americans in film, in some ways they're also unable to shake their own colonizing methodologies. Collectively, these films reflect as much about American ideologies as they do Aboriginal Peoples, making them curious cultural artifacts of their time. Curated by Seattle University Assistant Professor of Film Studies Georg Kozulinski who will present the program.


Posted by Salise Hughes at 3:00 PM No comments: